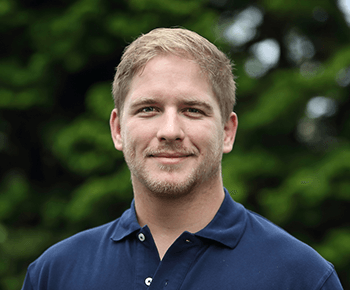 Jeff joined the ZGA team in October of 2015. He is a licensed geologist and works in both our geotechnical and environmental groups on a wide range of projects including geotechnical subsurface investigations, Phase I and Phase II Environmental Site Assessments, and Remedial Investigations and site cleanups in accordance with the Washington State Model Toxics Control Act. Jeff has assumed the lead for asbestos and lead-based paint surveys, and for the very challenging geological field work associated with Forest Practice Applications.

Jeff began studying geology in college after being intrigued by fossils and natural history. Seeking to combine his love of the outdoors and the environment with his interest in geology, Jeff earned a Masters in Earth & Space Sciences: Applied Geosciences from the University of Washington in 2014. He enjoys the fact that his job lets him get outside and play in the dirt, while challenging him mentally in a forensic sort of way.

Jeff gets to be involved with his main hobby, Brazilian Jiu Jitsu as the University of Washington club coach. He trains and competes under Marcelo Alonso Brazilian Jiu Jitsu in Wallingford. Jeff also loves to fish and is a food and malted beverage aficionado.